In February 2021, a severe cold weather front enveloped many parts of the United States. Texas, which rarely gets severe winter storms, was badly impacted. Millions of Texans suffered through several days without power, heat or running water in their homes as temperatures plunged.

In Decatur, a small town of about 7,500 people northwest of the Dallas-Fort Worth Metroplex, the Police Department had just migrated to new Tait radios. Chief of Police Delvon Campbell spoke to us about his department’s experience of the storm and how their communications held up.

The storm caused havoc across Texas from February 13 to 17. In Decatur, about half the population was without power for 24-36 hours at a time and one neighborhood was out for the entire week. Early on in the storm, the town’s main cell tower lost power, cutting off all telephone and internet service. Chief Campbell was pleased to have reliable radio communications throughout the storm. 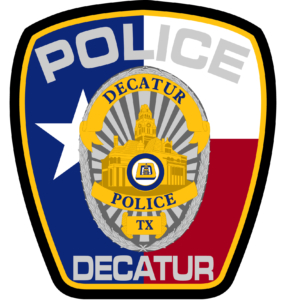 “Had we not switched when we did, I don’t know if we’d have been as successful with our radio communications as we were when we had the Tait network up and going,” he said. Having a dependable communications system allowed his officers to reassure citizens that their Police Department was on the job and looking out for their welfare.

“The handhelds allowed us to undertake a check on our citizens, with officers going door-to-door. The morning we started it was minus six degrees (-21C), and I think it got up to around zero later in the morning (-18C). By that time some of the people had been without power for 24 to 36 hours. It was really important to us to have the communications up and going during that whole time.”

Chief Campbell continued, reporting that citizens were doubly cut off from communication. “Here we lost our phone service because there was no backup generator at the tower where the internet comes through. But even if you have your cell towers still in operation, people have to charge their phones. A lot of people with no electricity in their homes lost their phones because they ran out of battery life.”

The Decatur Police radio network hosts channels for the Fire Department. Collectively they formed a joint incident response with first-responder organizations across Wise County, with communications based on Decatur Police’s Tait radio system. “Our Fire Chief was the incident commander for that, and we were able to utilize our [radio] communications not only within the city but across Wise County. It proved very valuable having those in place,” Chief Campbell recalled. “All the backbone here is on Tait repeaters, and the entire operation was based on that. We’ve used Tait repeaters for years. Personal opinion: Tait repeaters are far above anyone else we’ve experienced or even talked to.”

Chief Campbell recounts what his department considered when ultimately choosing Tait as their critical communications provider, “You know, we had Tait when I first started here 18 or 19 years ago, the Tait Orcas back then, and later we switched away from them. When we got our grant this past year and started looking, Tait was one we automatically went back to look at just because of the durability and everything we had that prior [time]. We never had issues with those radios breaking, as compared to when we went over to the EFJohnson radios. We had a lot of issues there, and I wanted to make sure we went away from that. “We looked at our options side-to-side. One of the things I looked at was the weight. Tait radios are lighter, not a lot but there is a difference. And when you look at what our officers are carrying on their duty belts, any little bit that we can help and alleviate was another thing that we looked at…because nowadays, there are so many officers having back issues and things along those lines. Any bit of weight you can get off the back and hips of the officers is a vital thing, so that was a big kicker for us too,” Chief Campbell said.

“Another is that I wanted one vendor. If we have an issue, I want one point of contact that I can get hold of. I didn’t want to hear that, if we’re having trouble with the radio, that, ‘Well, it could be trouble with functionality on the Kenwood side.’ I didn’t want that. I want one person that I can call and say, ‘Hey look, we’re having radio issues’ and get it dealt with.

“Customer service is a big thing. Too many times we get sold on good products, but if you can’t get those good products fixed – and it doesn’t matter what product you have, you’re going to have some malfunctions and failures – but the customer service side of getting those fixed as soon as you can is a big thing. And the guys at Stolz Telecom are absolutely phenomenal. We’ve had nothing but great luck with them over the years.”

In a final statement, Chief Campbell provided his final thoughts on LTE and FirstNet technology, “As a result of this storm, we’ve seen issues that would make me hesitant to go all-in on utilization of LTE. I just don’t see that that’s a fail-proof system as compared to the radio side. I’m still not convinced that FirstNet is as robust as is claimed. It is a separate tool that we can utilize, particularly as first responders, and it’s a great tool to have. When we were looking [to upgrade] one of the things the people on the FirstNet side really push is that even if you lose your cell phone towers, they can bring out the COWs [cellular on wheels], and we asked how long it would take for us to get one up here. The answer was, ‘Well we would either get one out of the metroplex or out of Oklahoma City’ – that’s maybe six to eight hours with having no equipment, so that’s the sort of concern that still plagues us as first responders.” Every day, disasters threaten lives, homes, and property around the world. Learn how first responders can be better prepared for the worst in our white paper Tough Calls: Dedication in the face of disaster. Download your copy of this free resource today.