“The radio system has helped improve our response times, which helps us better meet the needs of our community and our citizens that live here.”
Jonathan Haber, Chief of Police, City of Balch Springs

The City of Balch Springs is just outside of Dallas, Texas and they service a 9-square mile area. The Fire Department has 32 staff members and respond to fire calls, MVAs, motor vehicle accidents, and other similar calls. The Police Department has 39 sworn officers and a total of 60 employees and are committed to providing a safe and secure community.

Communications had become a major problem. Using a conventional VHF system from the 1970s meant Balch Springs was not able to communicate amongst themselves. This was causing frustration and safety issues for both Fire and Police. Fire teams had trouble connecting from the fire ground to dispatch. There were real difficult problems communicating with fire personnel who were working interior fires, causing serious safety concerns. Likewise, police couldn’t connect with dispatch either. At one point, the police chief was in a physical confrontation and hit the emergency button to call for back-up. No one heard the call for back-up, so again, safety was becoming a big issue.

As Police Chief Jonathan Haber said, “the big word is safety, safety, safety.” Determined to improve their situation, Balch Springs reached out to Stolz Telecom for assistance. After running feasibility studies and exploring their options, they chose to transition to a P25 Conventional system, with flexibility and interoperability as a priority. The network is powered by Tait base stations, and 35 of their vehicles contain Tait mobile radios. Because of the way Tait embraces open standards and interoperability, they’ve been able to integrate products from other vendors as well, such as Kenwood, Motorola, and EF Johnson. Balch Springs also elected to keep their legacy analog system in tact so they could communicate with other agencies, like the Dallas County Sheriff’s office. 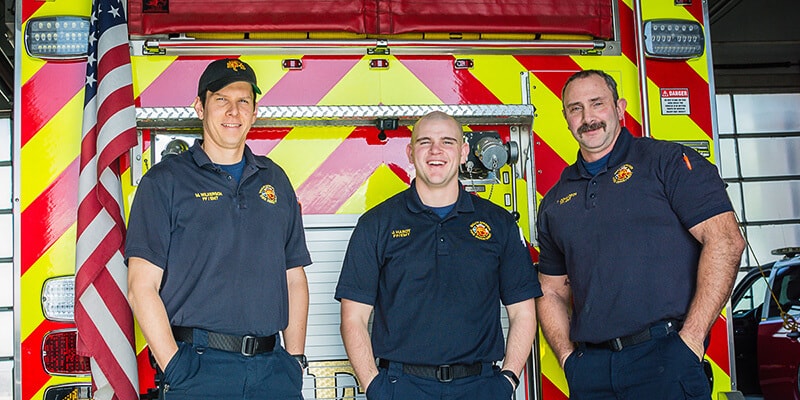 The migration to P25, led by Stolz Telecom, was efficient and effective for Balch Springs. Sergeant Jonathan Babina had this to say, “Three or four days after we transitioned and went live with the P25 system, an officer had used his panic button and it immediately went out that he was involved in a physical altercation with a suspect. He received help within two to three minutes.” The Fire department noticed an immediate difference as well. Being able to communicate in places where they couldn’t before has alleviated many frustrations and safety concerns. Fire officers can communicate with dispatch now and get help when they need it. Chief Haber summed up the results by saying, “I know it works really well. It’s amazing the difference in the way we can communicate now… The radio system has helped improve our response times, which helps us better meet the needs of our community and our citizens that live here.”

For more details about the Balch Springs story, visit their client story page or download the PDF. To hear more stories from our other clients, click here.

Contact a Tait reseller in your area to learn more about our P25 solutions and find out how we can help your organization.