Understanding PTToC and what it means for Critical Communications

Understanding PTToC and what it means for Critical Communications

Just a decade ago, LMR was the only standard for critical communications. Communications technology has brought about new advancements as organizations around the world seek to understand how these will influence their communications. Tait VP (Solutions Marketing) Bruce Mazza explores what Push-to-Talk over Cellular (PTToC) means for mission critical organizations today and in the future.

PTToC allows users to replicate radio features like instant group communication with a simple button push. This smartphone application presents an opportunity for staff without radios to access communication features that radio provides, from their smartphones.

WiFi networks are pervasive now, and offer excellent broadband coverage in many places. As long as a PTT user is connected to the internet – through a cellular network, WiFi or another bearer – they can communicate through the PTT app on their smartphone.

Mission critical systems must guarantee a certain level of service, which cannot be guaranteed on cellular networks today. In particular, availability and latency cause problems for mission critical users.

Even mission critical organizations have a percentage of staff who do not require critical communications. Ideally you would connect them to the network, but often, the additional cost can’t be justified.

Let’s look at public transport for example. Many staff on a train don’t have push-to-talk device radios today, but they do carry mobile devices for mobile ticketing or other data tasks. If there is a safety issue, a security incident or emergency, a push-to-talk application on that device means a ticketing agent can alert dispatch or the conductor through the group communication network.

Another big advantage of PTToC is the IP connection. As long as your smartphone is connected to the internet, you can connect to your critical network from anywhere in the world. Imagine you’re a police chief who’s off-duty on a golf course in Hawaii, and you learn about a major event in your home town. Through the IP connection, you can instantly join your organization’s communication, ask the right questions and talk to your people, or just listen in to make sure the situation is under control.

Cellular and WiFi signals will work where private radio data LMR system signals may not. In large buildings like malls or hospitals, and underground locations like utilities substations, WiFi gives your people an extra layer of coverage that helps fill black spots.

Integrating PTToC into your network Integrating mission critical radio with PTToC can create a “network of networks” for the best of both worlds. Several techniques are already in use.

Increasingly, simple analog gateway devices are integrating a PTToC domain into a land mobile radio domain, so that audio can pass between push-to-talk app users and users on the radio system.

That audio gateway can also be transformed with protocols such as ISSI for P25 and AIS for DMR. These intelligent IP based software gateways pass both audio and information like the subscriber unit ID or emergency call-out signaling from unit to unit.

The next step – currently under development – will truly unify the push-to-talk and the land mobile radio for the end user. If a user pushes the PTT button on the radio or speaker mic, the device will select whether the signal will transmit over LMR or broadband. This decision is automatic, depending on the strongest available signal. This will be the ultimate integration technique because the user doesn’t need to decide between devices. They can use a traditional device and gain access to the “network of networks” for the best coverage possible.

The road ahead for PTToC

The standards body that manages the mission critical PTToC is the 3rd Generation Partnership (3GPP). Their primary goal is to replicate LMR features in the cellular world. Through the standards, a number of enhancements will be made for PTToC. These include:

These Mission Critical PTT (MCPTT) features were ratified by 3GPP in March 2016 and will be in place in cellular network equipment as a software module within a couple of years, although realistically, it will be longer before they have an impact. And the new standards still won’t solve some other inherent disadvantages of public cellular networks, such as the lack of backup generation for 4G towers and the radio base stations. So if the power goes down, so does the cellular communication. Typical LMR towers, however, have anywhere from two to five days of backup power generation at each site.

So even though it is not yet mission critical, there are plenty of good reasons to invest in PTToC. By unifying critical communication networks you can give your users choice and advanced coverage while they work with the reality of multiple networks. PTToC brings added redundancy and a simpler interface that will improve their safety, efficiency, and user satisfaction.

If you would like to learn about the Tait PTToC solution, please visit our Tait TeamPTT page or contact us today about a demonstration. 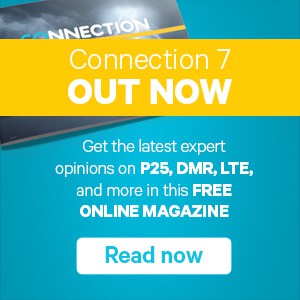 This article is taken from Connection Magazine, Issue 7. Connection is a collection of educational and thought-leading articles focusing on critical communications, wireless and radio technology.