The following is an extract from an article first published in Critical Communications Today.

When it comes to providing mission-critical communications, technology manufacturers and their partners service a wide range of verticals. These include utilities, mining, aviation, and more. 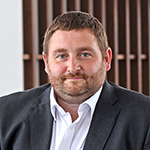 Perhaps the most high-profile deployments, however, take place within the emergency services context, certainly when it comes to nationally rolled-out mission-critical networks. One company which is doing some interesting work with the emergency services is Tait Communications, particularly in relation to its technology for the fireground.

Discussing the deployment of its DMR Tier 2 solution to East and West Sussex fire and rescue services in the UK, as well as London Fire Brigade, the company’s managing director Dave Turner, said: “We’ve been carrying out work with fire services in the UK, essentially to try and change the way they perceive the role of two-way radio on the fireground.

“Traditionally, the technology which has been used by British fire and rescue services on the fireground is analogue-based, which comes with a certain set of restrictions. In terms of the fire and rescue organisations that we’ve been working with, their analogue equipment was also proving to be less than effective than it was. It started off really well but has aged quite poorly.”

He continues: “Regarding East Sussex, they were also having issues with coverage, so we talked to them about different intrinsically safe ratings to provide them with higher power.
When the UK’s Fire Chiefs Council starts to move towards digital [for the fireground], they’re going to be ready for that journey. The devices in question have the capability to switch between digital and analogue mode.” As well as the work being carried out in relation to fireground radios themselves, Tait has also been involved in a project to make communication easier for firefighters while wearing personal protective equipment/breathing apparatus. Elaborating on this, Turner says: “Historically speaking, there has been little integration between the radio itself and the breathing apparatus being worn by firefighters in the field. So, we worked with safety equipment manufacturers MSA and Drager in order to customize some of the settings and audio processing abilities of the radio. Now, when the BA gear is plugged into the radio equipment, it’s already tuned, and the audio’s already set up. “For us, it’s all about continuity and quality of communications, certainly in that environment. It’s one thing to be able to get a path across from the radio to the incident site, but you also have to understand what’s being said. That can be difficult when you’ve got someone breathing heavily into a mask in a very hostile and dangerous situation.”

From Turner’s perspective, Tait Communications is doing important work in the development of new two-way radio solutions for use by firefighters on the frontline. This is being carried out in collaboration with the UK fire and rescue services mentioned above, but also public safety-orientated organisations elsewhere in Europe. One of these is a Swiss fire authority which has likewise also started to deploy DMR on the fireground, alongside a private LTE system. The purpose of this, according to Turner, is to provide the opportunity to leverage PTT over Cellular devices which can also communicate with the aforementioned DMR. “The exciting bit,” he says, “is the biometric monitoring. We’ve been working with a UK company called Hidalgo, who provides a really good biometric harness, linking data to the back office. We can take their data and feed it back over the narrowband LMR network.” As well as communications purely for the fireground, meanwhile, the company is trying to extend its ‘continuity of communication’ concept by attempting to link the frontline back to the control room. This idea was outlined by the company’s senior business development manager Richard Russell when CCT spoke to him earlier in the year. He explained the company’s TAIT AXIOM concept, via which users leveraging different handsets are able to talk to each other across multiple carriers. (For instance, LTE broadband, analogue, DMR and so on). Discussing this, Russell said: “Fundamentally, this part of the TAIT AXIOM concept enables those working in the control room to convey voice information via an LTE connection to the incident itself. “This information is then re-broadcast from the command vehicle in real time, with very little latency. In terms of the fireground, it would then be re-broadcast over the UHF bearer to both the firefighters on the ground and the bridgehead. “That being the case, it could also conceivably enable firefighters to receive information from the person actually reporting the incident. The member of the public in question could give incident information via the controller, as well as details about the location.” Turner elaborates further: “The next step will be linking the fireground back to the control centre, which is something that we’re absolutely looking at. At the moment, there’s caution around that particular approach, basically because organisations don’t want a voice in the firefighter’s ear when they’re in the middle of a life-or-death situation. “That being the case, in the first instance we’d plan to allow communication from the control room to the incident commander. We have the flexibility to do that, allowing different talk groups across the network.”

Going back to the topic of the DMR roll-outs discussed above, one element that makes the work particularly interesting – over and above the technology – is the level of collaboration with the emergency services organization themselves. According to Turner, this was a lengthy process, beginning as far back as 2018 when one of the radio leads at East Sussex FRS witnessed a presentation given by the company in the UK and liked what they saw. Rather than simply selling the service as much equipment as they could as quickly as possible, however, the company embarked on what Turner describes as a lengthy process of trying to understand how the firefighters in question carry out operations on the fireground. This work was in turn followed by the development of customized firmware for the aforementioned radios, with the aim of providing a specific quality of service when it came to voice. There was also, naturally enough a testing process, during which firefighters would “go into the fire box, make some calls, and tell us what worked and what didn’t.” Going into greater detail about how this level of collaboration also benefited the company going forward – particularly in terms of gaining additional business – Turner continues: “We were very lucky that West and East Sussex in the UK share a team, meaning that the person that we worked with at the latter then took the learning to the former. “The West Sussex deployment was slightly different to East Sussex. It’s the same equipment but set up slightly differently in order to take account of their processes, which are very specific. Since then, it’s been an iterative process with other fire and rescue services across the country.”

Tait DMR is a digital communications platform that delivers commercial and worker safety benefits for mission critical users, the capability to carry both voice and data. Tait DMR provides a powerful combination of flexibility, control and resiliency all while maintaining open standards.