The world has embraced LTE and broadband communications in the consumer space, but mission critical industries continue to depend on the reliability of radio comms. While broadband offers greater data capability, there is still hesitation to fully commit to it for critical comms. Let’s take a look at some organizations that are integrating broadband into their communications toolkit.

Radio has been the trusted backbone of critical comms networks for decades. Broadband communications have emerged as an appealing option due to significantly higher data capability, but the perception of lower reliability has created a reluctance to adopt. Radio is well trusted, and mission critical agencies are naturally risk adverse.

No technology is without its faults. In July of 2022, Canadian telecom provider Rogers Communications experienced a major service outage which impacted more than 12 million users; dubbed the 2022 Rogers Communications Outage. Around 25% of Canada lost internet and cellular connectivity, more importantly the outage inhibited 911 operations and Canadian government services. Events like this can damage the reputation of LTE for critical communications. Lets look at some Tait clients that are taking advantage of broadband.

West Sussex Fire & Rescue and is located in the south of England, with a service population of just under one million people. Their service area covers almost 770 square miles (2,000 square kilometers) which includes coastal townships alongside large populated areas. They have adopted TAIT AXIOM Mobile radios, that incorporate WiFi and Bluetooth connectivity, to create a bubble of broadband connectivity around the proximity of their vehicles, and a 4G LTE connection back to dispatch.

Neighboring East Sussex Fire & Rescue have adopted a similar solution. In partnership with Telent, Tait has seen the substantial success in improving Sussex’s firefighter safety on the ground since adopting broadband technology alongside the typical older analog radio format used by public safety agencies for decades. Prior to the broadband upgrade, East Sussex’s radios did not work well with breathing apparatus when operating hoses, scaling ladders and entering burning buildings. This upgrade meant that first responders could be confident that their equipment will be there for them when they need it most; alongside drastic improvements in operational capability.

St John Ambulance is the frontline of medical response in New Zealand, providing emergency ambulance services for nearly 90% of New Zealanders while transporting approximately 400,000 people every year.  They have more than 600 operation vehicles over 205 ambulance stations across the country. St John decided to add Tait’s PTToC solution to its national mobile radio system. The solution increased coverage and availability for all mission-critical users, and allows non-frontline staff to monitor and take part in emergency communications via their cellphones.

The Enel Group is one of the worlds leading utility providers in clean energy. Enel is made up of nearly 70,000 people from around the world whose work it is to connect Europe and Latin America with their highly diversified sources of renewable energy. 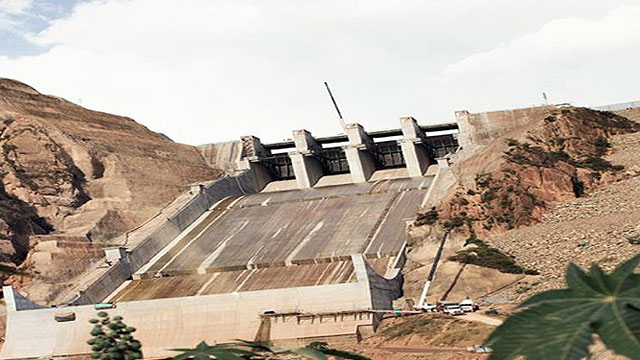 Enel Spain’s requirement was for an advanced tele control system based on open standards. The solution also needed to be scalable from 1 or 2 sites to over 150 sites due to the varying demands that come from challenging territories geographically and from human perspective. The scalability of the solution also sought to address concerns regarding expansion.

In addition to a 153 site DMR Tier 3 network and over 8,000 Tait GridLink SCADA terminals for distribution automation, Tait supplied a PTToC and mobile broadband solution, to keep Enel teams connected regardless of the type of device they choose to carry.

Whether you are a leading supplier of New Zealand’s transport and storage facilities or one of the  world’s largest Metropolitan transport authorities; broadband connectivity of your comms network can enable new capability.

Hilton Haulage has over 450 staff and more than 200 vehicles in their fleet travelling up and down the country, so wide coverage area of communications on the road is essential. Hilton Haulage worked with local Tait dealer Ashley Communications to identify a suitable solution for their communication challenges. TAIT AXIOM Mobile stood out as being the clear winner. Hilton Haulage already had Tait radios which allowed for 4G mobile upgrades to be retrofitted to these same units.  A PTToX solution was utilized to let drivers take advantage of cellular networks while out on the road. This solution provided crystal clear and near-nationwide coverage of their communications network.

Transport for London (TfL) is one of the largest single passenger transport organizations in the world, with over 2 billion journeys made in their network each year across their fleet of 9,300 buses, helping them keep Londoners moving. Tait has worked with TfL since the early 2000s, most recently providing a PTToC solution, and WiFi/4G connectivity for their fleet of buses. The Tait PTToC solution allows TfL staff to talk to the fleet of buses directly using their smartphones without the need for carrying a separate radio.

TfL have utilized PTToC integration  in their daily operations through the COVID-19 crisis. The whole project came together in less than 40 weeks: 80 busses were added to TfL’s PTToC service which provided critical comms to TfL’s Network Management Control Center.

“The Tait PTToC app has shown just how flexible it is. It already works well for our On-Street users, and it doesn’t look out of place in the cabs of our extra school buses either.” –Thomas Brewster, Service Delivery Manager, Transport for London

These were just some examples of mission critical agencies utilizing broadband to carve an important niche within critical communications. Unlock the capabilities of TAIT AXIOM Broadband Solutions without compromising reliability.

Organizations all over the world turn to Tait for expert communications solutions, advice, and services. Learn more about the first hand experiences of our clients.