Client Story: Tait Improves Safety and Efficiency in Australian Mine

Client Story: Tait Improves Safety and Efficiency in Australian Mine 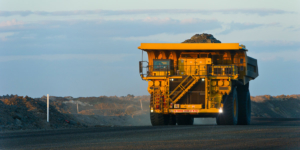 In dangerous working environments, safety is not only a priority — it’s a requirement. Workers in hazardous areas need reliable and resilient communications to ensure they remain safe. A newly implemented Tait DMR Tier 3 network is connecting a mobile workforce in one of Australia’s toughest mines, improving coverage, safety and operational efficiency.

The Client: ConsMin Woodie Woodie Mine 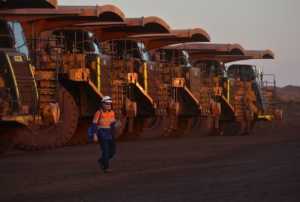 The harsh environment of Western Australia’s Pilbara region tests all equipment, from massive dump trucks and fixed facilities like wash plants to lighting rigs, small-scale electronics and even clothing and footwear. In the Pilbara, they say that if you really want to test how long it takes to break something, send it to Woodie Woodie, ConsMin’s operation 400km south-east of Port Hedland.

“It is an odd-shaped site and under the old analog radio system we had lots of black spots,” Erle says. “We also had concerns because there was no single channel across the entire site. It meant issues when moving with getting authorization to enter an area, and we had potentially serious delays in the event of emergencies because our response team was on a separate channel.” 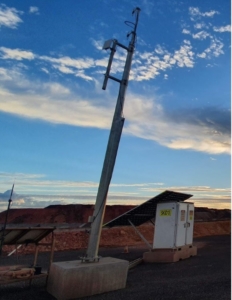 To provide the Woodie Woodie mine with full coverage across the entire site, a Tait DMR Tier 3 system was implemented.

Erle says the mine saw the fact that Tait DMR is based on open standards as a positive, as it meant they were never going to be forced into a single brand of radios.

It also meant that Woodie Woodie could get started with buying radios that were DMR-capable and continue to use that equipment when the digital network was rolled out.

“With our new Tait Tier 3 system, our supervisors can monitor their areas from anywhere on site, and in the event of an emergency, we are assured of still being OK, with full coverage across the entire site.”

Jonathan Collyer-Petale, the ICT Project Coordinator who delivered the project, says “The over-the-air programming (OTAP) ability of Tait EnableFleet is another significant benefit, in the speed at which we can deliver things like new channel groups and GeoFencing updates.”

Woodie Woodie sits in a high-lightning strike zone, a serious hazard where explosive charges are used to assist with the mining operation. Tait Unified Vehicle integrates the mine’s third-party lightning-alert service into the DMR network to auto-trigger alarms on radios and help ensure blast and other vulnerable areas are clear well ahead of strikes.

Another safety improvement enabled by the upgrade is the use of GeoFencing to automatically switch a terminal from one channel to another as the user crosses from one zone to another.

“Those enhancements – the lightning alerts and GeoFencing – are two of eight feature enhancements that we have planned as a result of moving across to Tait DMR,” Erle says. “The change has also enabled us to review and often simplify our emergency planning and safety procedures because many of them were based on the limitations of the old system, which needed quite complicated workarounds.”

The Project had No Option but Success Erle says that the Woodie Woodie mine has twice started investments in radio upgrades, but the roll-outs were not successful, in one case because the gear was simply not up to the unforgiving environment.

“Because of those past failures, the cut-over in December was significant – the project had no other option but success,” Erle says. “We deliberately set out to ensure the terminals mimicked as closely as possible the way the analog system was organised and the new Tait DMR system allowed us to get pretty close.”

“That meant there wasn’t a lot of retraining needed and on Deployment Day all we did was a short session for each crew as they came on shift explaining optimal use of the microphone and reminding people that you have to wait to hear the ‘beep’ before starting to talk.”

Technically the change was pretty well seamless and the uptake was phenomenal – people very quickly became used to it.”

Full communications across the entire site, safety, ruggedness, reliability, ease of transition and the system’s ability to support future safety and efficiency initiatives were all elements in the decision for a Tait DMR solution. 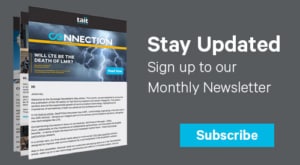 To read more Mining client stories and learn more about what Tait solutions can do for your organization, sign up to our monthly newsletter!