Earlier this month the Melbourne Metropolitan Fire Brigade (MFB) held their Annual Firefighter Stair Climb, an event which saw 650 firefighters “stepping up to fight depression, post traumatic stress disorder, and suicide”. These fit men and women donned 25kg of full firefighting kit, including breathing apparatus, before climbing the 28 floors of the Crown Metropol Hotel – essentially simulating the actions that a firefighter goes through when entering a burning high-rise building.

Tait is honored to have supported the Firefighter Stair Climb for the third year running, providing communications support to help ensure the event goes smoothly. Mental illness is a huge issue in today’s society, particularly within the Emergency Service and Defence community where 10% of their servicemen and women suffer from PTSD. This year AUD$494,993 has already been raised for the Firefighter’s Charity Fund, contributing to AUD$1.1 million total from previous events. As a sponsor, we are offered a spot in the race every year and 2017 was Service Repair Manager Alasdair MacIntyre’s turn to step up to the challenge. Alasdair’s goal was to beat his colleague – and last year’s Tait participant – Support Delivery Manager Simon Nieper’s time, a feat Alasdair achieved in a very respectable 4 min 36 sec! This resulted in an overall placing of 23 out of 650 trained firefighters, making it well worth the effort of getting up early on a Saturday morning.

“In the early morning before the event took place, we had a talk from the organizers and some of the receiving charities. Hearing the roll call of firefighters that have taken their own lives really hit home as to the importance of getting these guys the help that they need in these hard times,” said Alasdair.

Congratulations to Alasdair and all who participated in the Stair Climb! We look forward to being part of this very worthy event again next year. 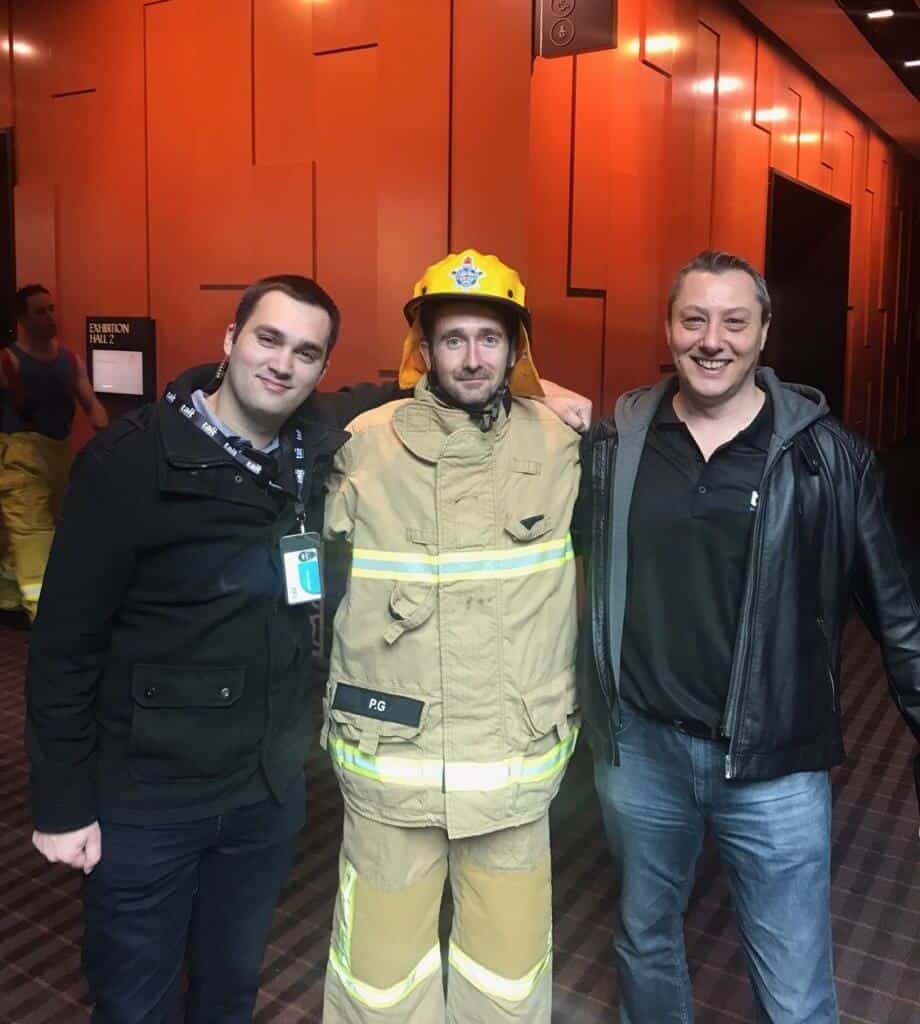 You can donate to the Firefighter Stair Climb and help fight against depression, PTSD and suicide. Read about how Tait supports Firefighters in our free Unified Critical Communications for the Fireground brochure.