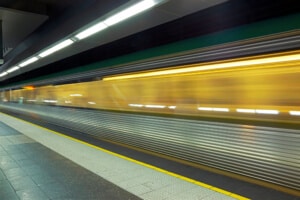 In this opinion piece from the latest issue of Connection magazine, System Designer Barry Crates tells us how Change Management is changing the game for technology design engineers. For years, System Designer Barry Crates has been immersed in the technology of radio communications networks, calculating system capacity, crafting specific solutions to client needs, and mapping customer requirements to the real-world challenges of system design. That is all essential, important and highly-skilled work.

Like many engineers, Barry saw Change Management as the responsibility of those who work in Human Resources – a “soft and fluffy” aspect of business operations that would happen long after the system design was safely locked in place. Tasked with designing a system for a complex Australasian transport network, he quickly discovered that this was a customer with different ideas.

While it is not unusual to see Change Management specified and provisioned in a project, it was certainly different to see it specified as an end-to-end activity, that was everyone’s responsibility, and as critical to the project outcome as any technical solution. This customer had identified Change Management as crucial to their safety goals; that no change could occur unless they were satisfied that the public and their staff would be safe.

Suddenly, system design was about so much more than RF coverage, channel capacity, and system monitoring.  It was all about the people, and how every system design element must be specifically engineered to keep them safe and able to do their job effectively.

Here was an organization committed to doing things differently. Their project team showed a deep understanding of the changes that workers would need to make, in the way that they worked. The massive scope of the project would mean a transition over several years, with several potentially-disruptive changes along the way. At every decision point, safety of their workers and the public were the first priority.

To ease that transition, Tait system designers would need to match the current user experience as closely as possible at every step towards the new communications solution. They would need to consult, consider and communicate with users, long before the usual pre-deployment training. Failure to address their concerns and suggestions, or to give them plenty of warning of the impending change risked uncertainty and resistance. They needed to be able to pick up a new radio and instinctively know how to use it, based simply on their knowledge of their existing radio solution. Change to the user interface was to be minimal.

Tait was contracted to educate radio users prior to any change occurring, then refreshers closer to deployment, with the responsibility for managing the change shared between Tait and our customer.

The first barrier to that was the conventional approach. Barry explains: “A customer’s migration to a new communication system looks very different to them, than it does to us as a supplier.” He believes it is difficult for suppliers to see beyond the technology they are providing. However, for most organisations, the changes to their communications technology are usually just a small part of wider organisational change in the way they carry out their work. They want communications that don’t get in the way of their work. To completely understand their requirements, suppliers need to understand the nature of their customer’s business. “To do that,” says Barry, “we questioned everything. We asked why, over and over again, until we were completely satisfied we had uncovered the reason behind each requirement.”

“In the end, we became so familiar with their organization – and what is important to them at every level – that we all began to feel that this change process was a true partnership.”

Barry quickly embraced the ADKAR® principles, developed by Change Management specialist Prosci. He believes it aligns neatly with project management and system design processes, and demands communication at every level of an organisation, which in turn makes that end-to-end change management approach simple and logical.

Change can be difficult, messy, time-consuming and frustrating. And it doesn’t happen in isolation. When the change involves something as fundamental as communications Barry believes that project teams should keep reviewing, keep an open mind, and respond quickly when the plan isn’t working.

“Technology alone never changed anything,” says Barry. “For engineers, good change management humanizes the design process, helping system designers understand where the technology fits into the worker’s day. And without workers at all levels understanding and embracing the changes, everything is destined to remain the same.”

Adopting the principles of change management as a discipline means that changes occur faster, more efficiently, and with less resistance. This engineer has seen the proof.

This article is taken from Issue 8 of Connection magazine, a collection of educational and thought-leading articles focusing on critical communications, wireless and radio technology. Subscribe to Connection to be the first to know when new issues are released, or head over to the Tait Connection Magazine LinkedIn group to share your view, comments, and suggestions.