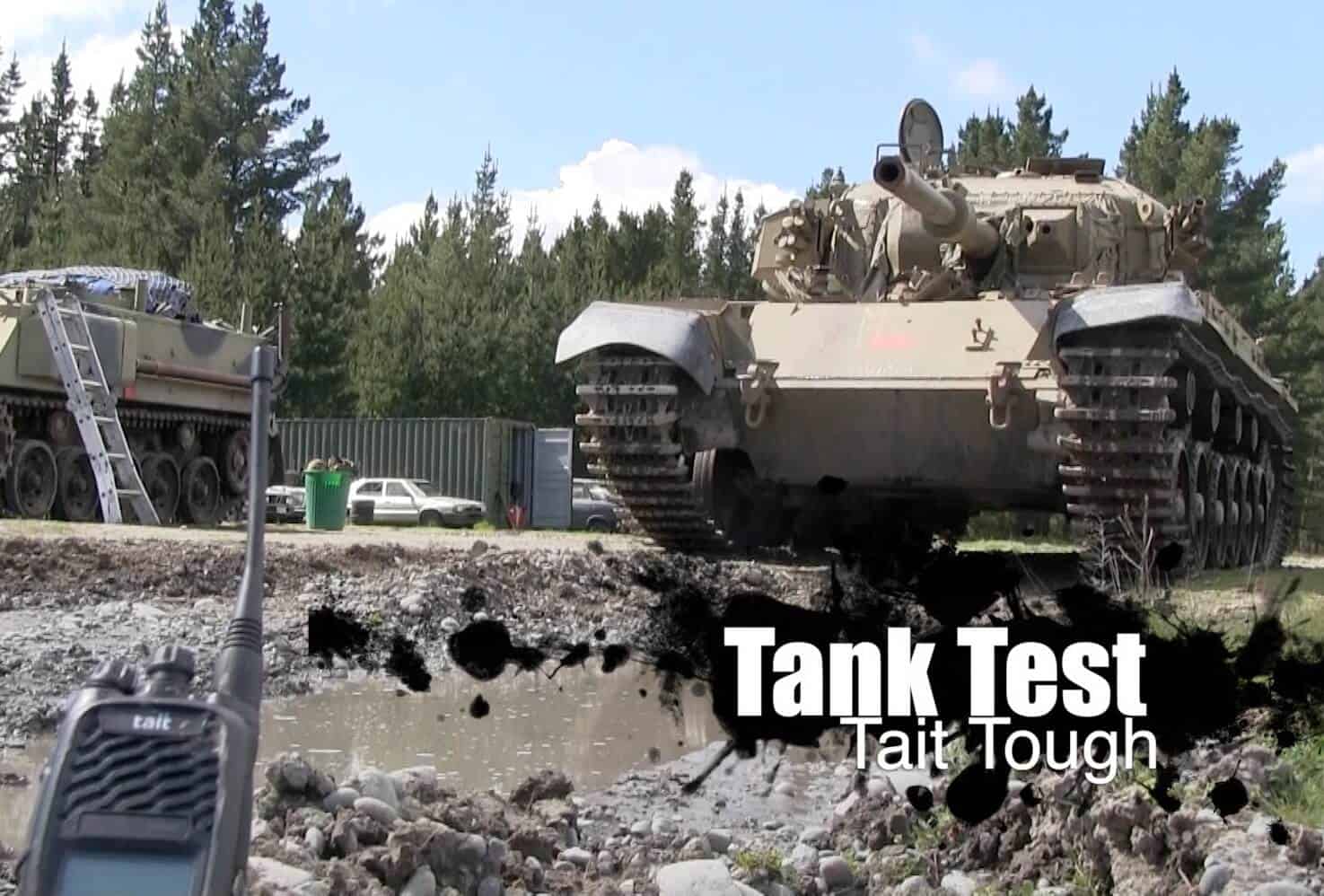 Today is our 100th blog post and to celebrate we decided to do something crazier than normal with our Tait TP9400 P25 radio.

There is a tank, built in 1952, and later used in the Vietnam War that has survived the test of time and today resides a mere 15 minute drive from Tait HQ.

When we heard about this 52 ton tank, we realized it was our destiny to film the next Tait Tough video with this incredibly tough machine. We grabbed our TP9400 and camera equipment and hit the road.

Once behind the controls, we felt the tank’s true power. We got the sense that nothing could stand in its way. And yet, we still had hope that our tough TP9400 radio would survive. We gently placed the radio on the ground and then watched on nervously as the tank rolled directly over it coming to a halt only after the TP9400 had felt its full force. On inspection, we discovered that despite the radio-sized dent left in the earth, the TP9400’s casing was in decent condition.

The tank, however, was heavy! Its force had bent the radio’s power knob, which made it difficult to switch on. It took a couple of extra seconds but after some manipulation our Tait Tough Tester was able to flick the switch. The radio beeped, the screen powered on, and the TP9400 sprang to life having survived the weight of a 52-ton tank. Interestingly, we were able to use a tool to push the power knob back into place and the radio worked and looked as good as new. In fact, this was the same radio we used in our fire test.