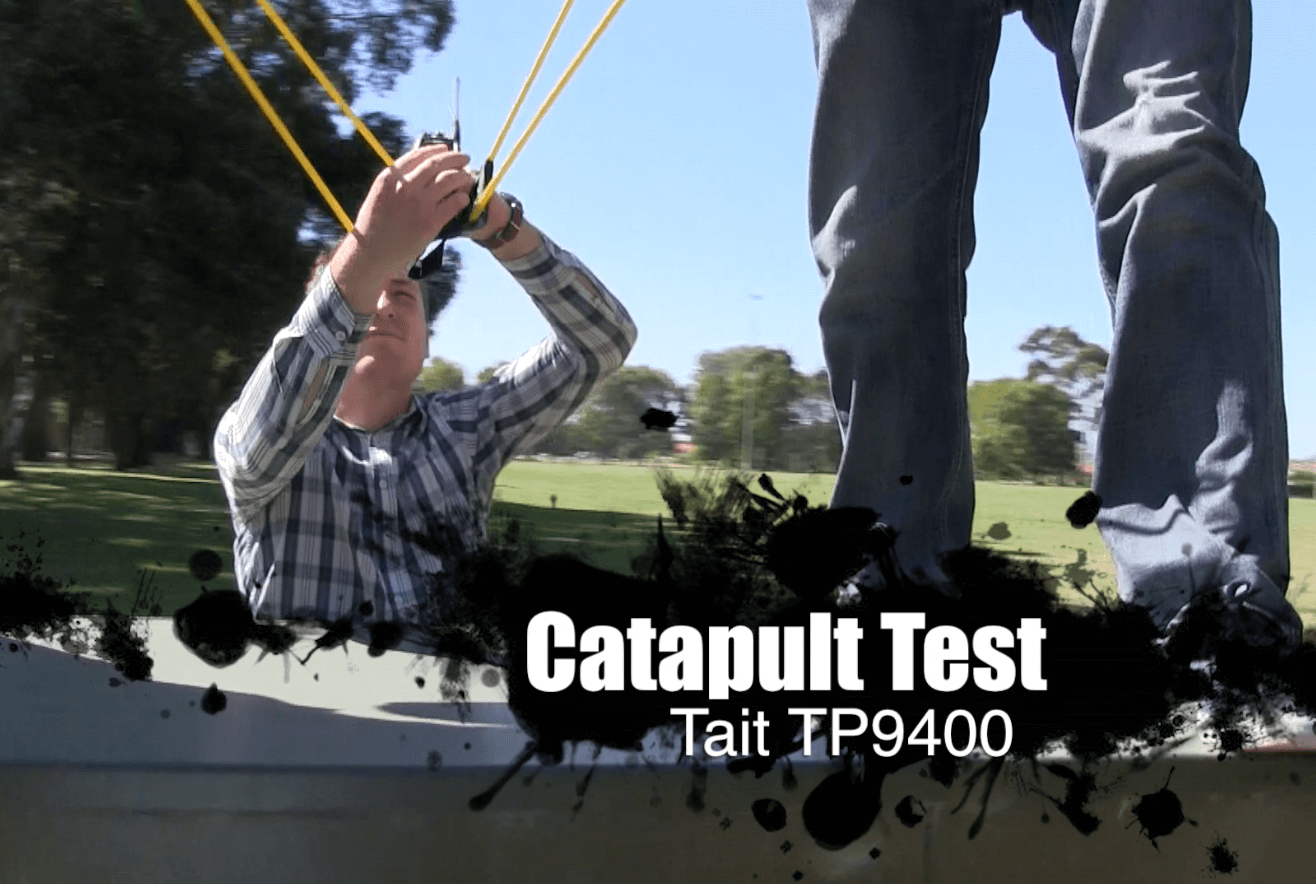 I grew up in Atlanta, Georgia, a city with very hot summers. One of our favorite ways to escape the heat was to have a water balloon fight. Every once in a while, some kids would show up with a three-person catapult that could launch balloons the length of an entire field, making them instant legends of summer.

I’m not sure why, but when we started to create the Tait Tough videos, my mind naturally returned to those three-person catapults. A part of me wanted to see how far we could make a Tait portable fly. More importantly, I wanted to see if it could survive the test.

So, we ordered the catapult and the day it arrived we ventured to our local park. Initial tests sent the radio far, but we couldn’t pull the catapult back as far as we wanted. In order to push the limits, two of our “volunteers” climbed onto a platform so that we could stretch the catapult even further. The radio was perfectly sized and, when released, it flew high and far.

We filmed it several times, stretching the limits of the catapult’s rubber each time. However, this did prove to be somewhat hazardous. While filming near the landing zone (about 100 yards away from the launch point), I lost sight of the radio. I didn’t realize where it was until I heard it whoosh past my ear — a close call indeed. In our final shot, we pulled the rubber back too far and snapped the catapult, which gave our launch man a very swollen hand for a couple of days.

Although we risked life and limb, the radio never skipped a beat. The TP9400 still worked even after being repeatedly launched hundreds of feet through the air and straight into the ground. It passed the test perfectly.

If you can think of a new “Tait Tough” test, just let us know in the comments area — we’ll film the most popular suggestions and post them online.