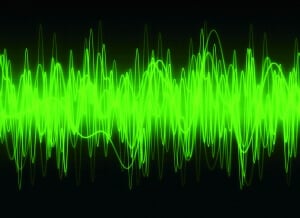 Coverage reliability is possibly the single most critical requirement for Public Safety communications. It is also one of the most complex. To provide effective coverage for modern networks takes a deep understanding of coverage theory, a toolbox of principles and approaches and the practical experience of successful implementations. Stakes are high, and coverage cannot be left to chance.

“Coverage reliability” is an engineer’s way of stating the probability that Public Safety officers can communicate clearly, at any time and any place within their coverage area. Typically, radio network operators specify a service area reliability of 97%.

The easiest and most expensive option  – the brute force approach – is to install more sites, closer together. Luckily, there are more efficient and less costly approaches available to the designer of modern communications systems. Systems Engineers have at their disposal three approaches to predict, measure and improve coverage performance and reliability:

Used individually or in combination, all three rely on signals to and from separate sites that are received or transmitted on separate antennas, fading independently. In other words, at any point in the service area, if the signal from one site is low in power then odds are that the signal from another site (or another antenna) will be higher.

Simulcast systems transmit the same information from multiple sites at the same time, on the same frequency, with coverage of adjacent sites overlapping. By reusing the same channel frequencies at multiple sites, simulcast allows spectrally-efficient implementations of wide area systems. Radio users can roam across the total coverage area without fear of dropping their call as they move from one site to another.

However the simulcast system must be carefully matched, synchronized and designed to achieve these benefits.

A terminal transmitting in an overlapping coverage area is received at multiple sites. The system selects the best received signal, routes it to the dispatch console and then to the transmit side of the system for retransmission.

Macro Diversity is implemented on all simulcast systems, increasing coverage reliability in both uplink and downlink.

Micro Diversity relies on multiple receive antennas, physically spaced far enough apart so that they receive signals that fade independently. These systems select the best signal from the multiple antennas, or combine them to maximize the signal-to-noise ratio available to the receiver.

Micro Diversity combats the effects of the signal fading as a terminal moves through an urban area, but it does not increase the coverage reliability. Instead, it reduces the amount of received faded signal power needed to produce an output of the specified quality, increasing the coverage area of a given site.

This article is extracted from a Tait White Paper. To learn more about Coverage Theory download your copy here.